By HURIDOCS Team on 7 December, 2015 in HURIDOCS News, News, Tips

Last weekend, our headquarters in Geneva and the office of an ally organization were burglarized; two of our desktop computers were stolen. The attending policewoman told us despite Switzerland’s reputation as a crime-free country, there are up to 30 break-ins a day in Geneva. We thought being in an NGO building with restricted access and having standard doors was enough, but we will now also reinforce the doors and get metal bars. 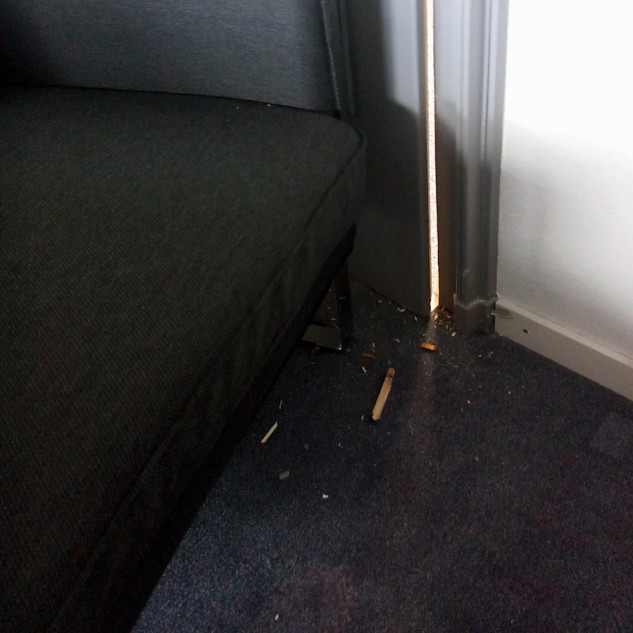 Clear evidence of a break-in.

Computers were the only stolen items at both of our offices, but it’s not possible to say whether the theft was specifically for information stored on the hard drives or just for the computers themselves. Either way, we can confidently say we have not experienced a data breach, because both of our Mac Minis were encrypted and locked with strong passwords. We also didn’t lose any data, because it’s safely stored in Casebox.

Here’s how to protect your information and yourself, critical for human rights defenders, in case of physical computer theft:

To further protect yourself against privacy breaches and malicious threats, we also recommend to:

If you’ve taken the above steps and your computer is stolen, you won’t need to worry about your data being stolen along with it. We strongly recommend all human rights defenders take these precautions.

View all posts by HURIDOCS Team →